Hot or cold there is nothing like apple cider in the fall, although I prefer it warm especially on chilly fall mornings. One of the things we have to make every year with fresh apple cider is apple cider floats. This year our apple bug bit us a little early and the cravings for everything apple and pumpkin set in. We decided to play around and made three floats (technically 4 as one can be hot or cold)! Our “standard” Apple Cider Float that we sometimes add caramel to to make a Caramel Apple Float. A Warm Apple Cider Float version where the ice cream melts in almost like an affogato where you would pour warm coffee over ice cream, but in this case hot cider and ice cream. Last we made a Sparkling Ginger Apple Cider Float using half ginger ale and half apple cider. Asking the girls to pick a favorite wasn’t an easy task and they really couldn’t decide and I’m not sure I could pick just one either.

Do you have any favorite fall traditions? Do you pick apples? What is your favorite thing to make with apples?

Heat apple cider with optional cinnamon stick if making a warm float. Pour apple cider into a glass, add a scoop or two of ice cream, and sprinkle with cinnamon sugar. Enjoy!

Pour apple cider and ginger ale into a glass and top with a scoop or two of ice cream. Enjoy!

Pour apple cider into a glass, add a scoop or two of ice cream, and drizzle with caramel. Enjoy!

Mix ingredients together until smooth.

*If using almond butter use the full 1/2 cup of agave.

Starting with 3 tablespoons of water and 1/3 cup of agave if you don’t like things too sweet, blend everything together in a Vitamix or high-speed blender until smooth. Test for sweetness and add more if desired. Once desired sweetness is achieved add more water if needed to make it smooth. Store in the refrigerator up to 3 weeks, it will thicken as it get cold so remove from refrigerator before using to warm up. 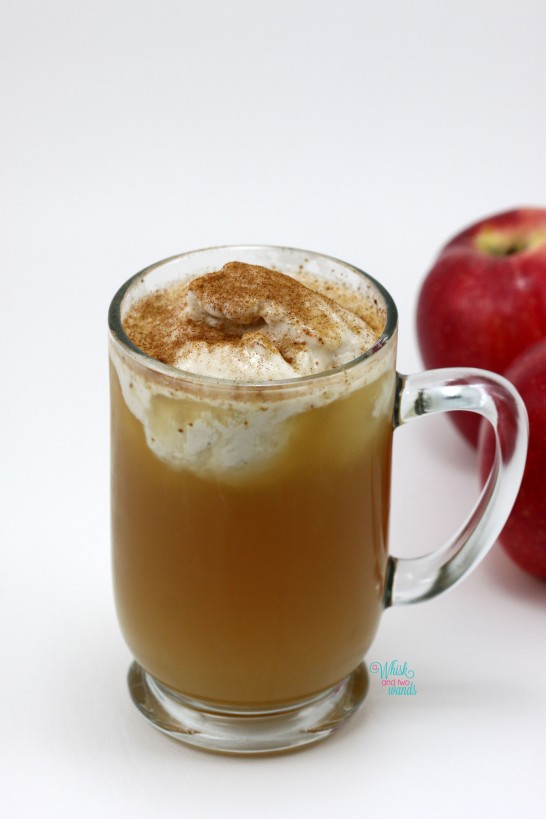